Do I Have a Prostate Problem?

Following, are a few example situations to help determine if you are facing a prostate problem.

“Greg hadn’t felt quite right for several weeks. One day while urinating, the young electrician noticed a slight burning sensation. In time, the sensation became increasingly intense. Soon Greg began to notice a constant dull aching on the underside of his penis. 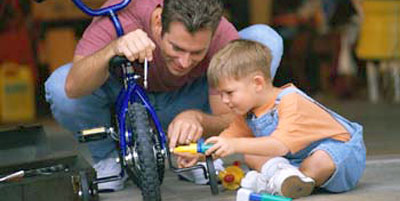 A close friend suggested Greg should see a urologist. The problem was quickly identified: an easily treatable prostate infection.”

“Mel noticed he was wetting his underwear after urinating. He tried to be more careful, but to no avail. His wife pointed out that the 45-year-old computer programmer was getting up four or five times a night to go to the bathroom. She was worried, because frequent urination is a diabetes symptom.

After some urging on her part, Mel made a rare visit to his physician, a specialist in family practice. After examination, he was referred to a urologist, where BPH, an enlarged prostate, was confirmed and a suitable treatment program was begun.”

“Arnold, on the other hand, never had any symptoms. But he was lucky. A slight bump on the surface of his prostate was discovered during his routine annual physical. Fortunately, his prostate cancer was detected early, greatly improving his chances for successful treatment.”

There is no substitute for an annual examination of the prostate by a physician.

When You Have Pain or Discomfort

Pain is your body’s early warning system. Pain in the region of your prostate will often alert you to a prostate problem.

A burning sensation when you urinate can indicate prostate infection. Typically, the sensation is felt in the center of the penis along the urethra, the channel that carries urine and seminal fluid. Sometimes with infection, a dull, less intense pain can be felt on the underside of the penis, especially where the penis protrudes from the body. If that pain persists more than a few days, you should see a doctor.

Pain in the lower back or the groin can be associated with a prostate difficulty. It may also indicate a variety of other disorders, including back trouble and kidney and bladder problems. If your pain is intense or persists beyond a few days, visit a doctor.

An indication of prostate infection is pain felt during sexual intercourse, both before and during ejaculation. If he experiences this pain often, a man may avoid intercourse, a factor worth considering by the female partner. If painful intercourse persists, medical attention is suggested.

Finally, a general feeling of fatigue and malaise – sometimes with a low-grade fever – often accompanies prostate infections. Obviously, such symptoms are present in a variety of other illnesses, too. But a combination of fatigue and malaise with other symptoms such as painful urination suggests a possible prostate problem and indicates the need for medical treatment.

Symptoms You Can See

There are several symptoms you can see that signal prostate disorders or a similar condition. All are warnings to seek prompt medical attention.

A drip from the penis could be caused by a prostate infection or by some other malady, including a sexually transmitted disease. Blood in your urine should never be ignored. Call your doctor at once. The causes can range from simple prostate infections to cancer of the prostate, bladder, or kidney.

Incidentally, that advice applies equally to women. Sometimes it is difficult to tell if blood is present simply by examining the contents of the toilet bowl after urinating. If you think there’s blood in your urine, collect a sample in a jar and hold it up to the light. Especially dark, cola-colored urine may not have any blood present, because this appearance usually indicates a liver disorder. This symptom should also send you quickly to your doctor.

Men who experience premature ejaculation or pain during sex often avoid intercourse altogether. The partners of these men would be wise to bring up these issues. A highly variable pattern of sexual intercourse, as with men who travel for long periods, can be a factor in prostate irritation that will be considered by your urologist should you have prostate irritation, but no evidence of infection.

Men who suffer from an extreme urgency to urinate often have enlarged prostates, which does not mean that a young man who has drunk too much beer at a Fourth of July picnic and is unable to find a convenient rest facility is a candidate for prostate treatment.

An inability to initiate urine quickly, straining to pass urine, and a weak and intermittent urinary stream are all signals of prostate enlargement. If the bladder fails to empty completely, that is another sign. One or more episodes of total retention offer absolute evidence. Total retention is a potentially fatal and painful medical problem demanding an immediate trip to a hospital emergency room. All retention episodes should have follow-up treatment by a urologist in order to identify the underlying cause.

Wetting yourself before or after urinating should be viewed in proper perspective. All mothers are familiar with the five year old so wrapped up in play that he has an accident. Back in our university days, a time when prostate enlargement is rare, we first heard the old couplet, “No matter how much you dance or prance, that last drop goes down your pants.” However, in older men a pattern of wetting, which can be gauged by size and frequency of underwear stains, indicates a prostate enlargement problem.

Frequent urination, especially at night, should always be investigated promptly. Any healthy male should be able to sleep through the night without urinating, or with no more than a single trip to the bathroom. If urination becomes more frequent, see a doctor.

Incontinence, the accidental loss of urine, also calls for a visit to your urologist. Individuals who had bedwetting problems during their late childhood years are more prone as adults to suffer from a condition known as medium-bar obstruction, a blockage at the neck of the bladder. Men with medium-bar obstruction find urination difficult. The condition should not be confused with urinary problems caused by prostate enlargement.