Causes and Facts of Peyronie’s Disease

What is Peyronie’s Disease?

Peyronie’s Disease, or the bent penis syndrome, is caused by the formation of scar tissue along the walls of the erectile chambers of the penis. The condition was first described by Francois de la Peyronie, a physician in the court of Louis XIV of France. This scarring results from plaque deposits and, in time, results in bending the penis in the direction of the side of the penis where the scarring is most severe.

“Trauma” – you ask? I don’t recall my penis enduring any trauma.”

Never had trauma to your penis?
Read more – you might be surprised

Remember the childhood wives’ tale about how hair would grow on the palm of your hands if you masturbated repeatedly?

Turns out: there actually was a big risk associated with such pleasure – it just wasn’t hair growth. 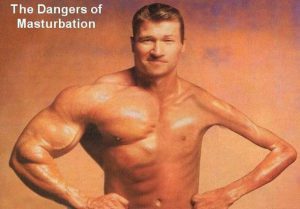 Similar risks of trauma occur from intense intercourse. Most guys think a “boner” is like a bone – and can handle all the action the body can support. Alas, such activity comes at a cost. Intensive use, friction, pressure from the female pelvic bone – all eventually set up Peyronie’s Disease.

Finally, diseases can also be a cause for penis curvature. Some diseases can cause the breakdown of normal tissue in the penis. Diabetes for example breaks down collagen which in turn causes hardening in the penis. In addition, some medications have Peyronie’s Disease listed as a possible side effect.

When your penis experiences trauma – the body sends fibrosis to the affected area in an effort to protect the tissue from further damage.

After this happens repeatedly? The fibrous plaque hardens – and begins to cause noticeable curvature in the penis when erect. This fibrous plaque can exist in a pair of varied states – or both, including:

Diffuse Plaque: Diffuse plaque could be likened to an immense amount of salt emulsified into water. It clogs up the flow of blood in your penis: slowing down erections. It also contributes to the curvature when erect.

Concentrated Plaque: Concentrated fibrous plaque is where the body’s self-defense system begins to build up into a hardened state just under the skin. Concentrated plaque is what starts causing your penis to become curved when erect.

Old school thinking in these cases was to “do nothing” – see if the body resolves the issue itself. We now know much better: the condition doesn’t improve on its own or from taking vitamin supplements – it gets worse. Peyronie’s Disease symptoms are a degenerative condition: once begun, they can quite easily deteriorate into two worse situations, or both: namely:

As the fibrous plaque languishes within the penis it begins to harden further as the body sends calcium to try and heal what it perceives as a vulnerability or injury. As that calcium builds up within the existing deposit of fibrous plaque, the erect curative often gets even worse and you can actually feel parts of the hard distortion of penile tissue with your fingers. While calcified plaque is a hard surface to the touch its actually a fairly brittle chemical structure. This condition sets up for the worst possible outcome of Peyronie’s Disease. 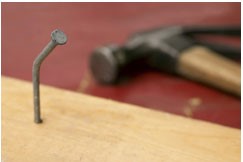 portion of the built-up calcified plaque in your penis will “break” or crack: we’ve even had patients recalling hearing a noticeable “popping” sound when it occurred. It’s essentially the inevitable destiny of the bent nail – sooner or later? Its going to get bent completely sideways.

Scar tissue is formed at the point of vivid injury. This scar tissue becomes painful and hardens. The body transmits even more plaque in a desperate attempt to heal the damaged penis. The final outcome is a curvature that can reach a ninety-degree turn: making continued sexual pleasure impossible and even a simple erection totally painful. Also, the intensification of plaque causes a loss of size for many men. 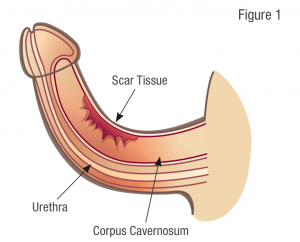 Repeated injury of the penis doesn’t just lead to Peyronie’s Disease – it also can result in Erectile Dysfunction.  Erectile dysfunction is a common symptom of Peyronie’s Disease.  When your penis develops curvature it becomes harder to induce and maintain an erection.  On top of that the pain that results from an erection in a curved penis is horrendous.  Unfortunately, sometimes this pain can be passed along to your partner if you do not get your penile trauma assessed immediately by a medical physician.